There are no reviews yet.

Revitalizing beard oil ZEW for men with hemp oil with the scent of sandalwood and musk, intended for daily beard care and styling. Adds shine. The hemp and argan oils contained in the oil visibly strengthen and moisturize the facial hair and make the beard easy to comb, shiny and soft to the touch. It has antioxidant, nourishing and hair growth stimulating properties. It has a normalizing effect on the skin.

What is our beard oil composed of and how does it work?

The oil base containing hemp oil and argan oil moisturises and nourishes even very dry and damaged beard. The hemp oil regenerates epidermis and has an anti-ageing effect.
Macadamia oil contains palmitic acid and oleic acid which make the oil strongly regenerating. It absorbs easily, that is why it is called “disappearing oil”. It firms the skin, soothes it and strengthens its natural protective barrier.
Avocado oil is a natural antioxidant which has an anti-ageing effect on the skin. It is a great source of vitamins A, E and B.
Black seed oil is famous for its anti-inflammatory properties and huge amount of antioxidants. It has an anti-ageing effect and makes the beard shine and look more healthy. It does not make hair look heavy.
Vitamin E has nourishing and regenerating properties. It balances sebum in epidermis: supplements its deficiencies in dry skin and reduces its excess in seborrheic skin.

For who is our ZEW for men shine beard oil with hemp oil most suitable?

Because of the complex effect of hemp oil, ZEW for men shine beard oil is particularly recommended for people with oily and acne-prone skin. It does not leave oil film and helps regulate the functioning of sebaceous glands. Thanks to its outstanding nutritious and revitalising properties, the oil will also be perfect for people with dry and mature skin. Hemp oil is a rich source of vitamins, minerals, proteins, antioxidants and amino acids. It also contains active substances with anti-inflammatory, antiseptic, anti-oxidant and sun-protective properties. Fat acids in the oil make the skin supple and smooth. It is also suitable for people suffering from allergies.

Sign up now and get 10% off your first order.

To learn how we process your data, visit our Privacy Notice. You can unsubscribe at any time without costs. 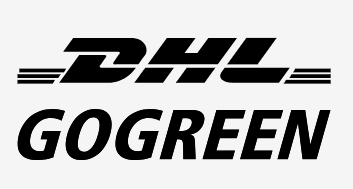